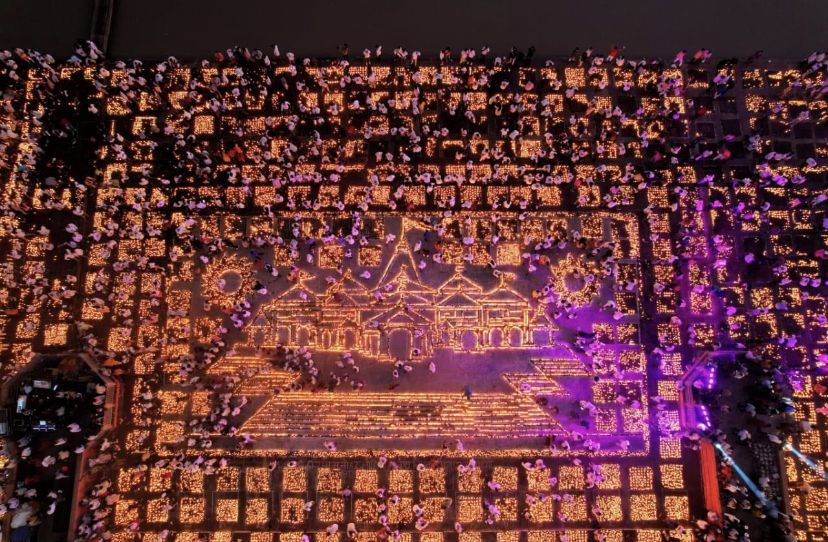 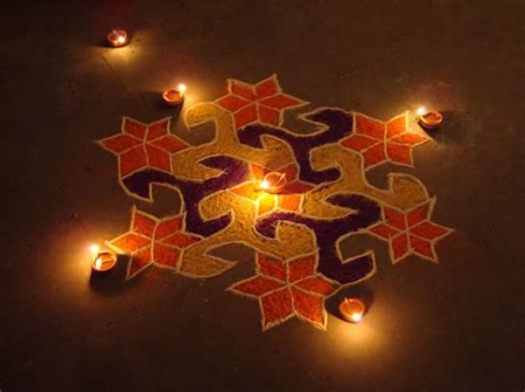 The most important and glorious festival celebrated throughout the country. Diwali or Deepawali in Sanskrit literally means an array of lights.

Stories are many and one of the most prominent one is of the epic hero Lord Rama, the incarnation of Lord Vishnu, the preserver from the Trinity. He was exiled to the forests for fourteen years accompanied by his wife and brother.  During the last year of the exile Ravana abducts his wife Sita. Then begins the journey of getting her back with an army of his devote monkeys. After slaying Ravana, the demon king, Lord Rama returns with his divine consort Sita and brother Laxmana to his kingdom ‘Ayodhaya’. The day he returned was a new moon night or Amavasya and therefore the people of his kingdom celebrated his return lighting the entire city with clay lamps. He is known to be the best king our country had and his period was the Golden period. Famously termed as ‘RAM RAJYA’ – the rule of a perfect king who lead a life full of challenges. Unmoved by the hurdles of life, his people were supreme. He was also known as ‘Maryada Purushottam’.

We Bharatiyas follow the moon calendar.  Diwali is a jamboree of the last five days of Krishna Paksh or the dark side in the last month of ‘Asvin’ or ‘Aaso’. Diwali is celebrated from Ekadashi till Amavasya OR from the 11th day till 15th day, which falls in either late October or early November every year.

This is probably the best time to be in the country. The weather starts getting cooler and after rains the entire landscape is green and lush. Witnessing lanterns, geometrical designs adorning the door of each house, attracting energies from the universe. Traditional sweets are being made at home followed by the festivities enjoyed along with the entire family and friends.

The celebrations begins on the 11th day of the receding moon cycle called ‘Ekadashi’. Before this day we clean our houses. Ekadashi is also the day to fast and time is spent making sweets and savouries for the festivities.

On the day two, which is called ‘Vaagh Baras’ we worship the cows, most revered animal in our country, almost like a surrogate mother. All of us at some point have sustained and nourished ourselves on cows’ milk, isn’t it?  She became very sacred because she nourishes like a mother. Therefore, in our culture, sanctity is given to the cow, as it is the way to recognise the qualities that are there in the nature. Cow is also a very sensitive mammal; she is capable of understanding human emotions, the other two being snake and a crow, therefore the reverence in our vedic culture.

The festival kick starts with ‘Dhanvanthri Trayodashi’ or the thirteenth day when Dhanvanthri, the source of Ayurveda is worshipped. This is for health and well being.

Then comes ‘Naraka Chaturdashi’ or ‘Kali Chaudas’ or the fourteenth day. This day is very important for the Devi worshippers.

As we are Devi worshippers, we have an interesting ritual in our family of offering the gratitude to the ‘Kul Devi’ or the family goddess that signifies nature. This form of sanctification is restricted to only some and therefore it is more of a private family ritual.

Next is the Amavashya, most important day which is Diwali, the day for “Mahalaxmi Pujan”, worshiping the Goddess of wealth.  After cleaning, cooking and drawing beautiful geometric designs, with the rice flour at the entrance, follows Mahalakshmi Pujan at home or the office.  In the office, all the books of accounts are kept in the ritual as a form of respect and worshipped along with Lord Ganesha and Devi Saraswati. They are symbolic of knowledge and learning.

Now since the times have changed and the accounts are all computerised, we keep our personal diaries. Yes we still use them! 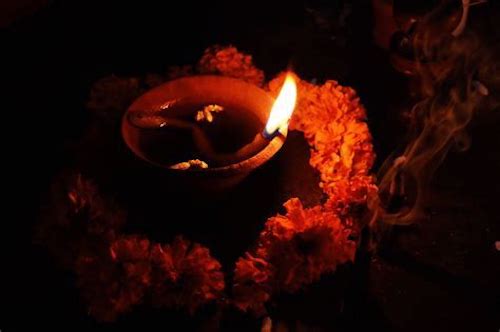 Next day is Padwa or the New Year of the moon calendar known as Vikram Samvat that is 56 years ahead of the Gregorian Sun calendar. The month starts the day after the full moon day with an exception of Gujarat and Maharashtra where it starts from sunrise after the dark night.

The New Year begins by a visit to the temple where there is ‘Annakoot’ or the ‘Chappan Bhoj’, which is an offering of 56 or more food items to the lord vishnu and his incarnation of Krishna also known by many other names.  Most revered in the pantheon of Gods.

This is also the day when Govardhan Puja is done as Lord Krishna had saved the lives of many people by giving them protection underneath the Goverdhan Hill from the torrential rains. It’s the other way of saying thanks to the Mother Nature.

We have a wonderful tradition of considering each day in life as a celebration. The stories are attached to it to add an emotion.  It’s all about revering life to its fullest and paying gratitude to people who play an important part of our lives and above all mother earth.

Diwali is an organised festivity, so that a human mind remains joyful. This helps in leading a fruitful life. You could be in a small town or a big metro city. You will be welcomed at each home and could be part of this merriment.

The dates this year are from October 21st till 26th, 2022 and in 2023 it is from November 11th – 16th.  So come to India during this time and we will ensure you have an enjoyable experience.

The next Ekadashi is when ‘Dev Diwali’ is celebrated. Very prominent in some parts of the country, especially in Varanasi and Ayodhya. It’s the best time to be in one of these cities.

Millions of clay lamps adorn the banks of the river Ganga and river Saryu till Poornima or the full moon day. The atmosphere is mesmerizing. I had the privilege to be there and it was an exhilarating experience. The dates are November 7th and 8th, 2022,  and November 26th and 27th, 2023.

Another best time to be in Ayodhya is during 5th Day of the month of Margarisha. This is the day when Bhagwan Rama was married to Maa Sita. This year it falls on November 28th, 2022 and next year its on December 17th, 2023. 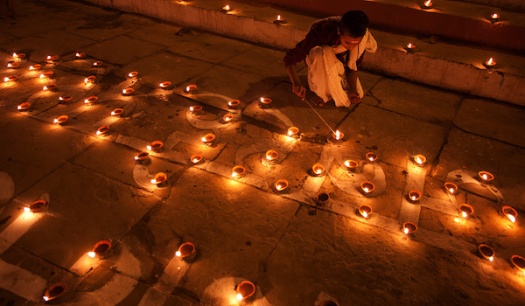 The fundamental significance of such huge celebrations and lighting of so many lamps is purely scientific.  Why do we burn crackers early in the morning and so many lamps are lit in the cities as well at each and every home irrespective of religion?  As this is the time, when the system slows down and so does the soil in the Northern hemisphere, due to the distance from the sun. There is inertia and one can easily seep in to lethargy and in severe cases depression.  This is the essential thrust for the celebrations during this time.

Sanathan Dharma is very scientific and the sages who structured our traditions had very deep understanding of life by their inner experience.  All the rituals have the reason and math to it apart from the sweet emotion of the love for your Ishta Devta or Devi.

So wherever in the northern hemisphere you are, light up and enjoy the time!

3 Replies to “Diwali – the festival of lights”

This site uses Akismet to reduce spam. Learn how your comment data is processed.